Gridded Roads on the Midwest

I think we’re all familiar with grid plans in cities. Streets and avenues. But outside cities? I remember what seemed to be to be far out of town “5 Mile Rd” and “10 Mile Rd” as a kid in Boise, ID. But, I never quite thought long and seemingly endless numbered and gridded roads were common in the country. They seemed like a town thing.

This summer we drove across the USA - East to West to East over six weeks. One day we drove from Minneapolis, MD to Sioux Falls, SD and I noticed that there were roads like “501st Ave” intersecting our little highway a couple hours West of Minneapolis, the numbers steadily increasing as we drove further out of the city. I thought “We don’t have those in NC!” It got me thinking about how these might differ around the country. I resolved to do some exploratory mapping when I got a moment.

I’ve been home a few weeks, and had a few spare hours to explore these ‘alphanumeric’ roads in Minnesota and other states around the country. There are several kinds of ‘alphanumeric’ road patterns: 15th St, NW 31st Ave, Avenue Q of course, Fourth St. I downloaded some census map data, and created some maps in R. 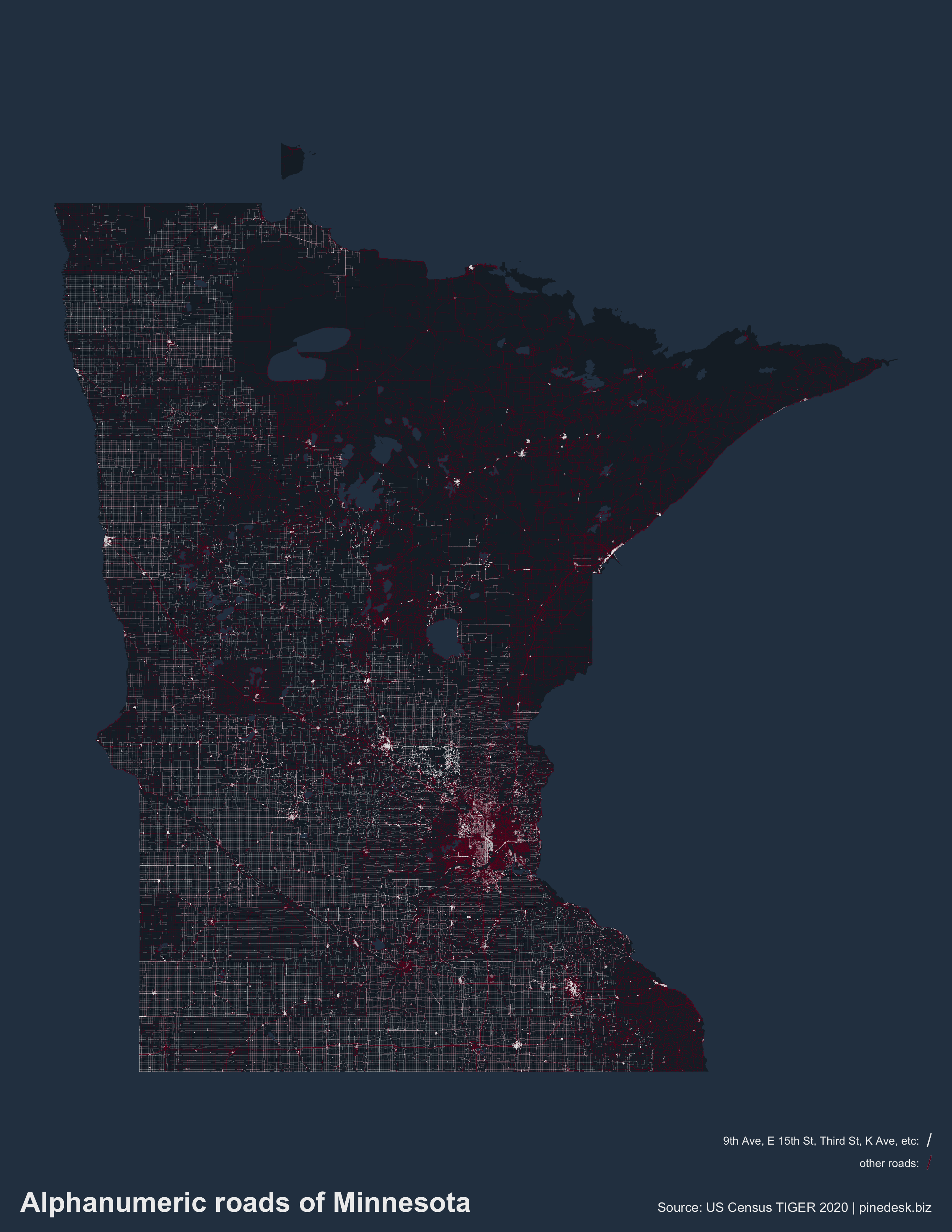 Other Places and thoughts

I’d probably have to read many books like From Footpaths to Freeways(history of MN roads) to arrive at a clear idea of how these roads came to be the way that they are.